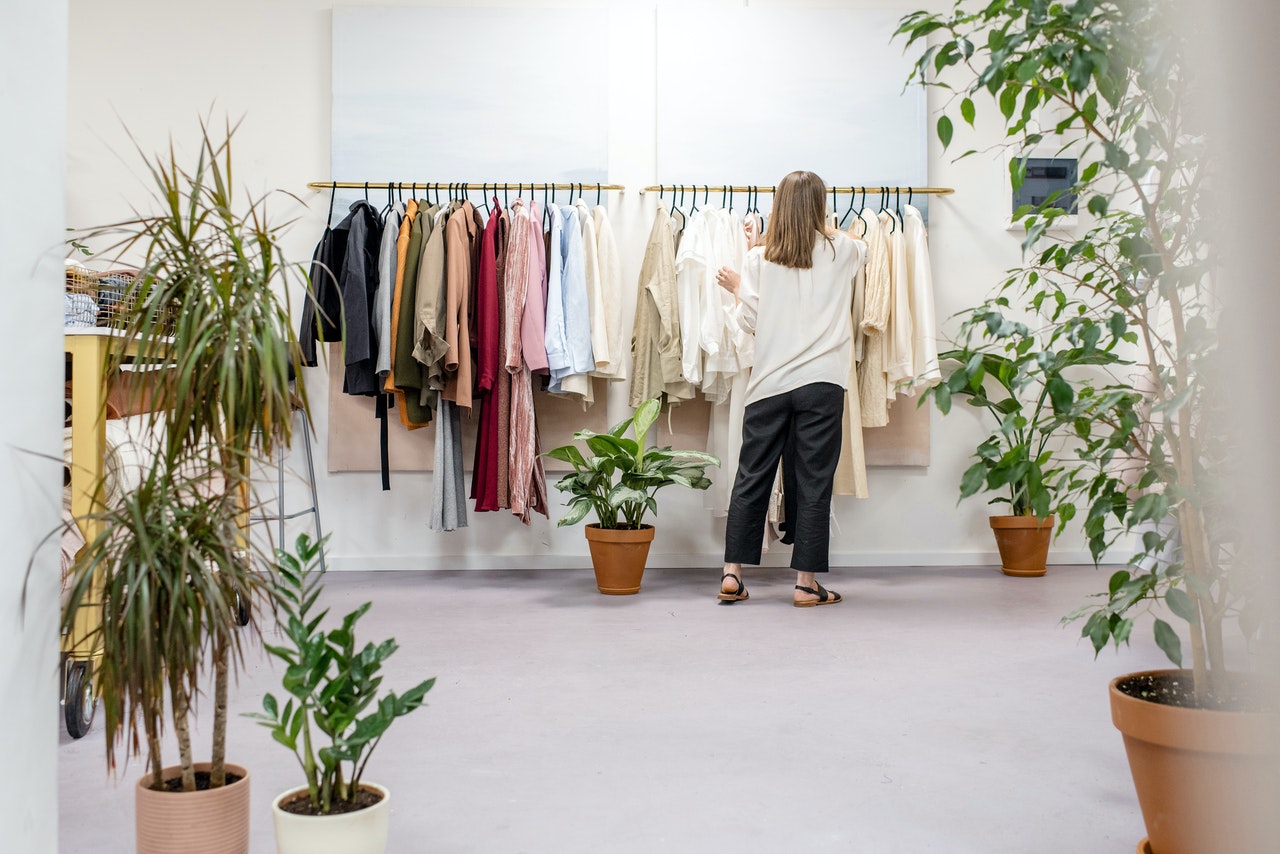 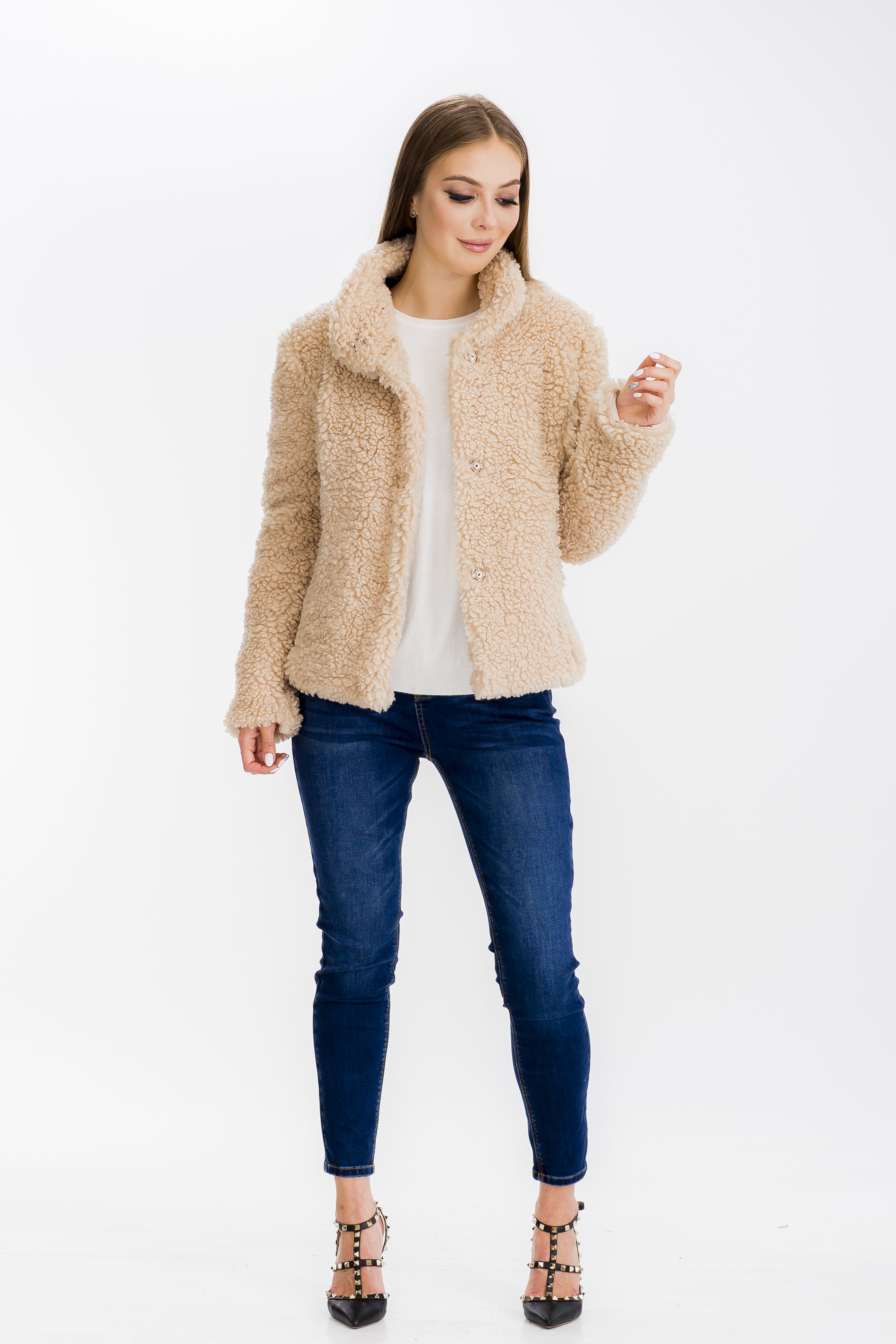 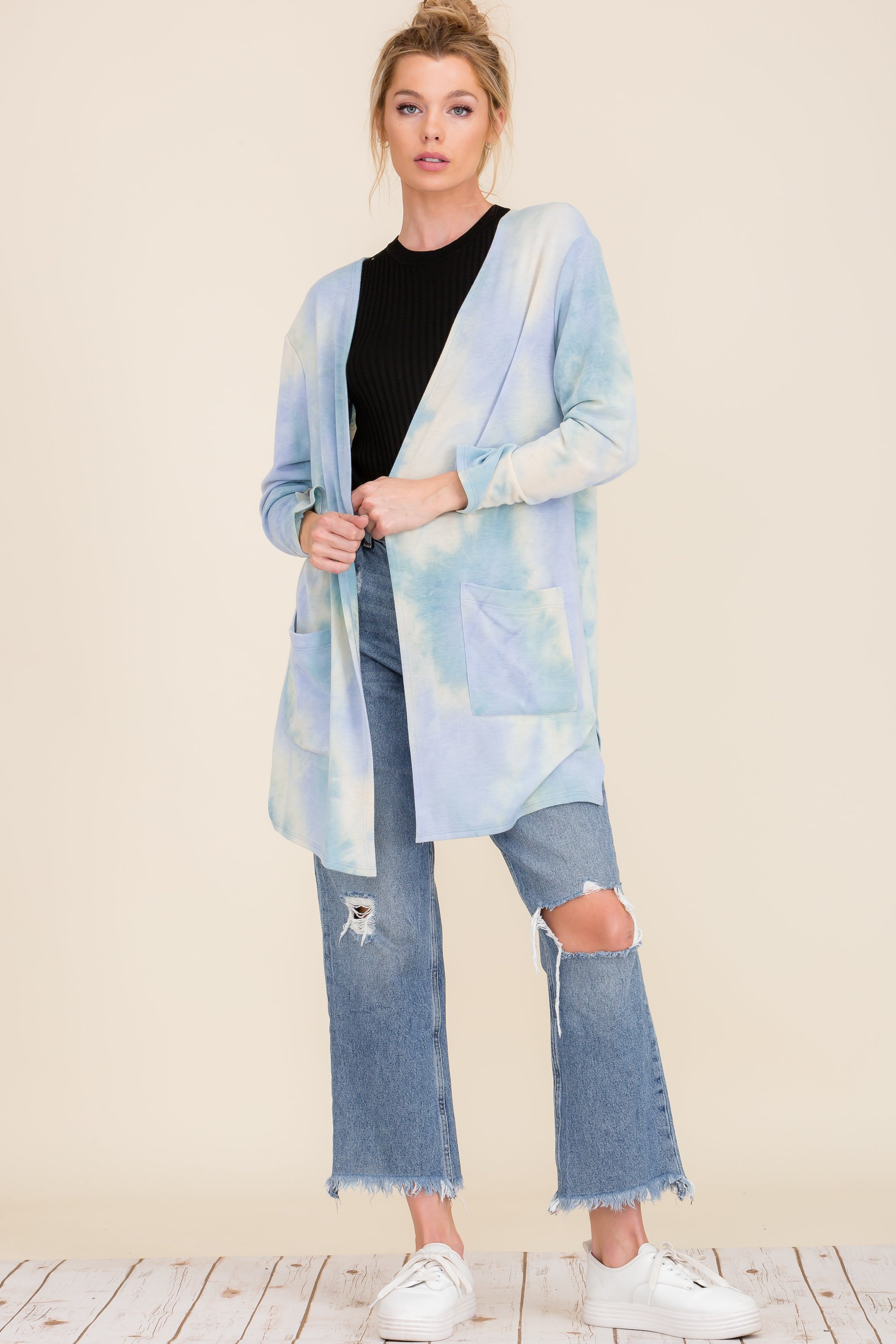 Things to do in Galena City 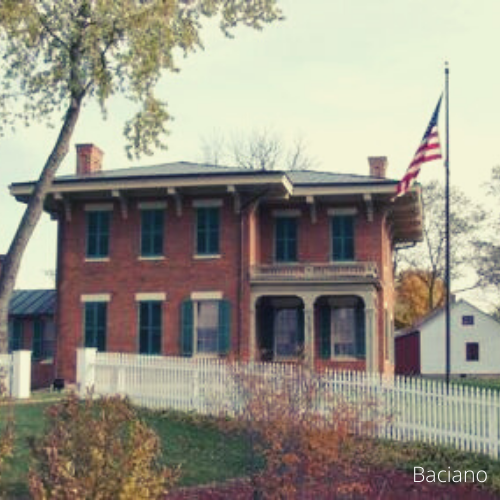 The Ulysses S. Grant Home is the former home of Ulysses S. Grant, a Civil War general and the 18th President of the United States. The mansion, which was designed by William Dennison and erected in 1860, was given to General Grant as a mark of gratitude for his outstanding service during the war, and it has been preserved as a memorial ever since. 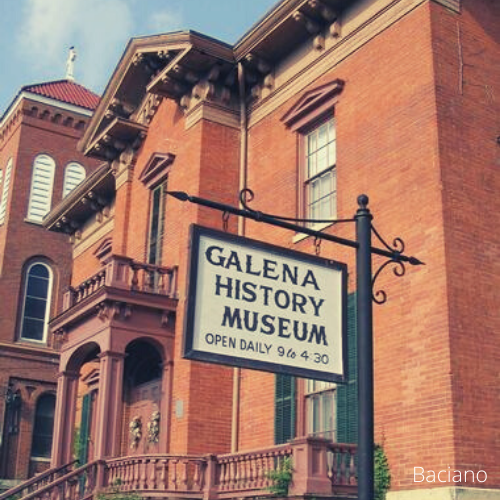 The Galena-Jo Daviess County Historical Society was created in 1938 to educate and enrich the public about Galena and Jo Daviess County's history and material culture. The Galena & U.S. Grant Museum is part of the society, and its varied resources, exhibitions, displays, and educational programs bring the region's history to life. 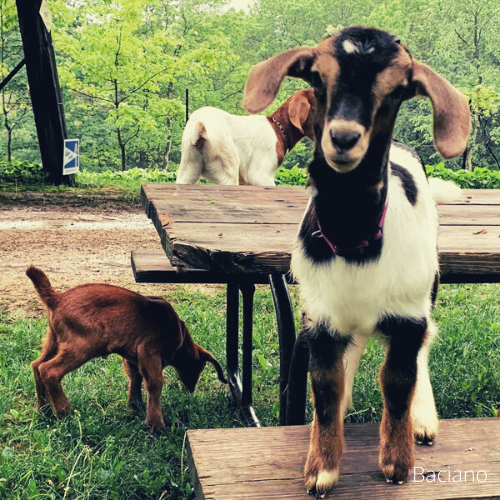 Hoof It specialises in providing visitors with joy and relaxation. Being in nature and spending time with animals has a way of putting a smile on your face. We take you and our goats for a relaxing walk through Galena, Illinois's forest and prairies. 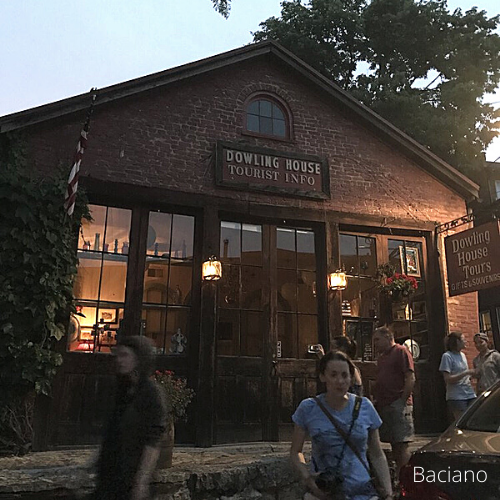 Ghost Walks and Spirits & Spirits Tours are led by Haunted Galena Tour Company guides through Galena. Galena's original Ghost Tour Guide has returned! Storytelling at its best, with plenty of entertainment for everyone! 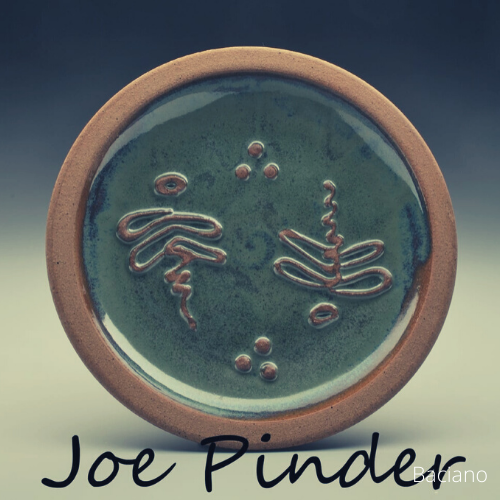 Joe Pinder's stoneware is both functional and beautiful. Each piece is hand-thrown with attention to detail manifested in one-of-a-kind stampings and reliefs. Joe is always behind the wheel and ready to show off. 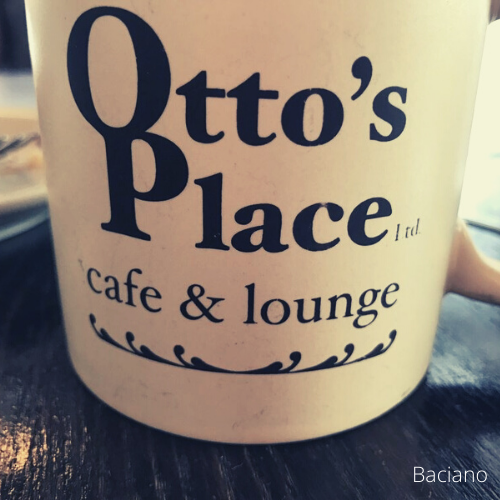 Otto's Place is a café and lounge that serves breakfast and lunch mostly. We will provide cuisine alternatives and an atmosphere not found in other Galena restaurants. 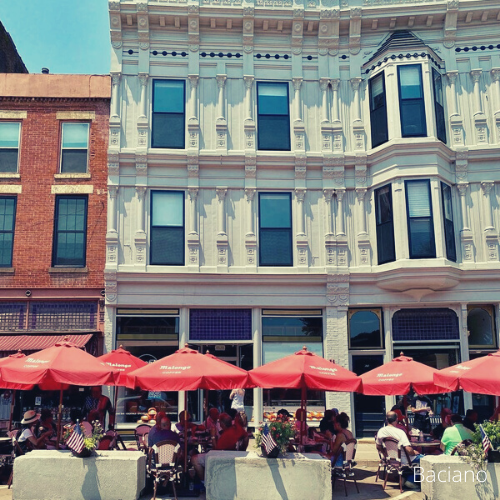 Bread & Vine Bakery is a one-of-a-kind bakery and wine bar concept that serves a variety of French bread and pastries, as well as epicurean specialties, sandwiches, inventive cocktails, and a world-class wine collection. 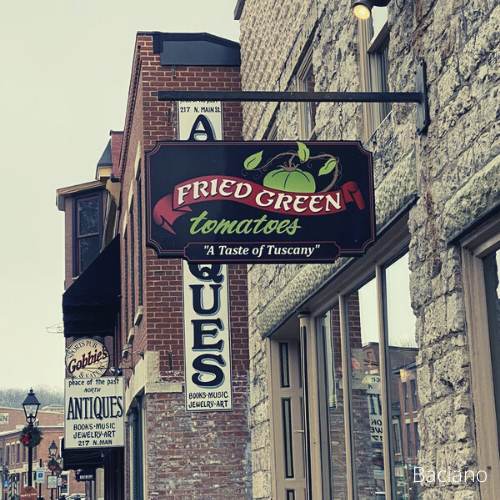 Fried Green Tomatoes serves upscale Italian cuisine in a historic stone setting that was once home to General Ulysses S. Grant's father's "Leather & Finding" store, which dates from 1838 and is located in the heart of lovely downtown Galena, IL. 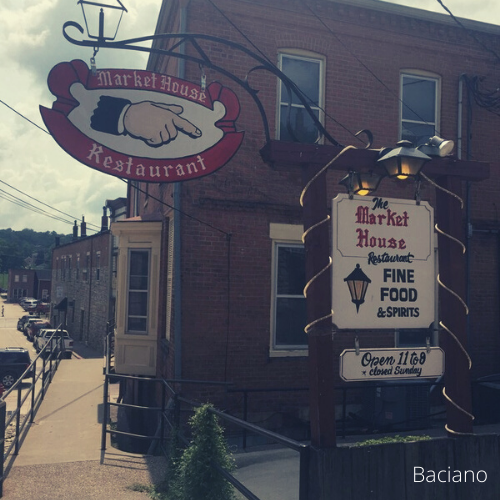 Three women founded the Market House Restaurant in 1982, and it was originally located on the corner of Perry and Commerce Streets. The restaurant was known as The Market House Tavern at the time, and it served a limited menu. 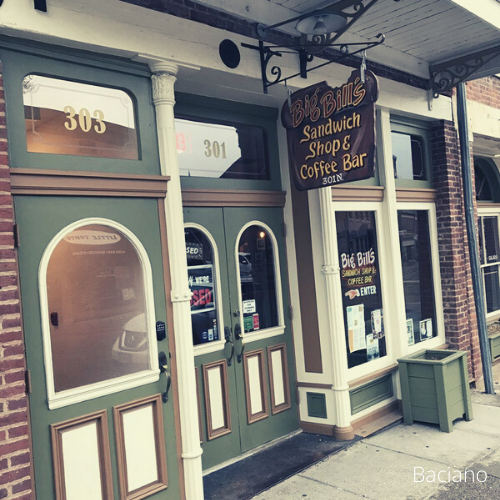 On October 8, 2015, Big Bill's Sandwich Shop & Coffee Bar opened on the corner of Main Street and Franklin Street in Galena, Illinois. We have a fully stocked coffee bar and can make any drink you want.